It's Dispatch artist call out time!

Current Projects is calling for applications from Queensland artists for Dispatch, an interstate window gallery space exchange project to take place from May 2013 to June 2014.

Dispatch aims to promote interaction between artists, writers and curators from different states around Australia, and provide opportunities for artists to engage with new audiences by showing their work outside of their home towns. It comprises a series of exchanges in which one space selects an ar...tist to dispatch artwork to be exhibited in another space, and in return hosts an artist from another participating space. For each exhibition the host space will select a local writer to respond to the work. All artworks will simultaneously be exhibited on a dedicated website, along with this written response, to encourage engagement with every Dispatch exhibition around the country.

Dispatch intends to embrace and explore its numerous inherent challenges and contingencies. Window spaces often come about as a response to practical challenges, such as lack of space or staffing, and can be attached to larger spaces, such as galleries, artist studios, retail shops or residences. Unlike conventional exhibition spaces, they may be subject to external light from the sun and street lighting, and are viewable 24 hours a day. Audiences include regular gallery patrons as well as a broader audience, many of whom may only glance at the window as they walk or drive past.

Current Projects is seeking applications that:
+ Address and creatively respond to the challenges of making or adapting work for window spaces;
+ Address and creatively respond to the practical challenges involved in sending artwork interstate by developing creative ways to transfer, transmit, or transport work to a space or consider how a work might translate differently in multiple spaces.

Subject to grant approval, we will provide an artist fee of $500. Applicants are reminded that there will be no additional funding to pay for travel or freight. As such, proposed works should not require the artist to be present for installation, and applicants are encouraged to find creative solutions to this challenge. Once selected, artists will liaise with curators of respective window spaces to develop these ideas.

Download the call out document for details on how to submit a proposal:
https://www.dropbox.com/s/yy09n910w4kay6y/CurrentProjects_Dispatch%20ArtistCallOut.pdf

Email info@currentprojects.org with any enquiries.
Posted by Current Projects at 23:27 No comments:

Having just finished up our residency in ye olde Studio 3.5, Current Projects has swiftly set up shop in the Ryan Renshaw Gallery Windowbox.


We kicked off the program with work by Brisbane based emerging artist, Amy Longworth, whose practice incorporates drawing, sculpture, video and installation. Her work Paddle Pop (created with the help of Michael Candy) consists of oversized kinetic ice cream sculptures, which, by their surreal nature, seek to blend reality and fantasy. Longworth has exhibited at a number of Brisbane galleries, including the Judith Wright Centre, Metro Arts and Nine Lives Gallery.

Next up will be Yannick Blattner's work, Never odd or even 2012. Blattner’s practice is primarily concerned with the constructs of the Australian male identity. His work dissects the notion of hegemonic masculinity through the exploration of social sub-cultures and popular culture, with the re-contextualization of symbols and images central to his work. These points of investigation are realised though painting and drawing, video, installation and performance.  His work has undertones of humour, mockery and satire, utilizing highly recognizable objects, images and symbols.

The next big thing this year will be our exciting new exchange project, Dispatch. Running from April 2013 to June 2014, the exchanges will take place between seven window gallery spaces across Australia. Stay tuned to our facebook and website for an artist call out very soon...


Posted by Current Projects at 04:31 No comments:

Current Projects would like to say a huge thank you to everyone who has supported us during our year as the Metro Arts Artist Run Initiative in Residence. We've had a great time at Studio 3.5 and have enjoyed programming exhibitions and one night events throughout 2012.

We'd like to give an extra special thanks to the artists who showed work with us, we loved having you all.

Please stay tuned to our facebook page/ blog / web page for updates about what we are up to in 2013.
Posted by Current Projects at 03:36 No comments:

Posted by Current Projects at 18:07 No comments: 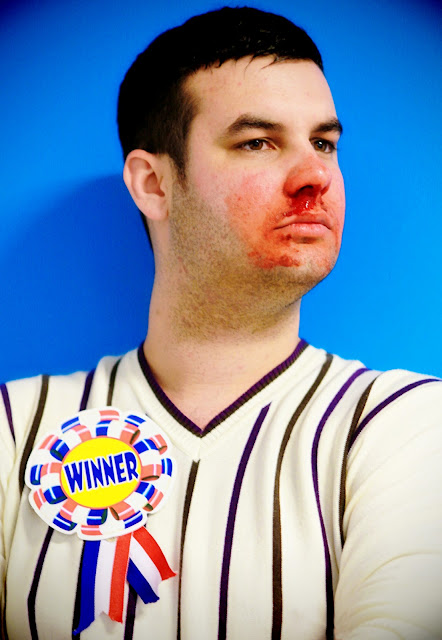 Current Projects is honoured to present

Posted by Current Projects at 18:22 No comments: 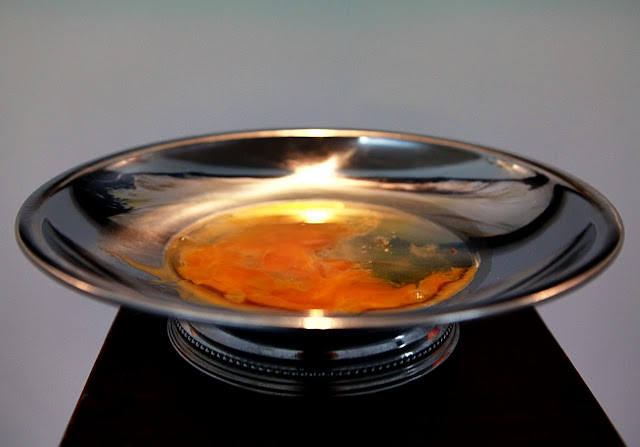 Last night we held an evening reception for our current exhibition - Liam O'Brien's Shooting Blanks. Thanks to all of the wonderful art viewers who came out to see the show and share a drink with us. We had a really super evening. Here are some social images from the night mixed up with a few images of the show... 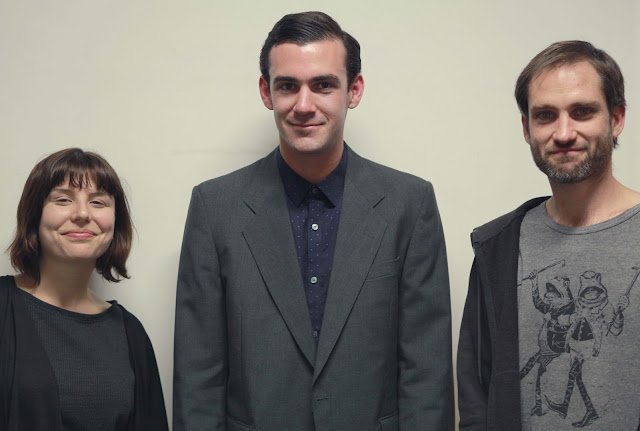 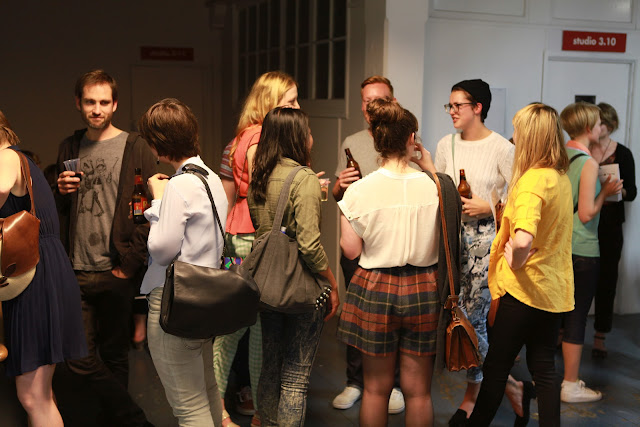 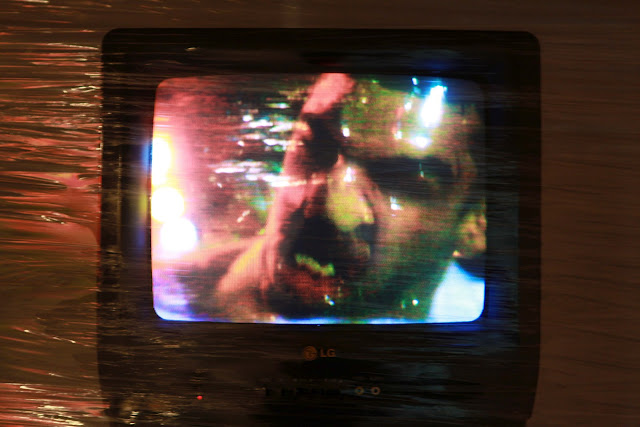 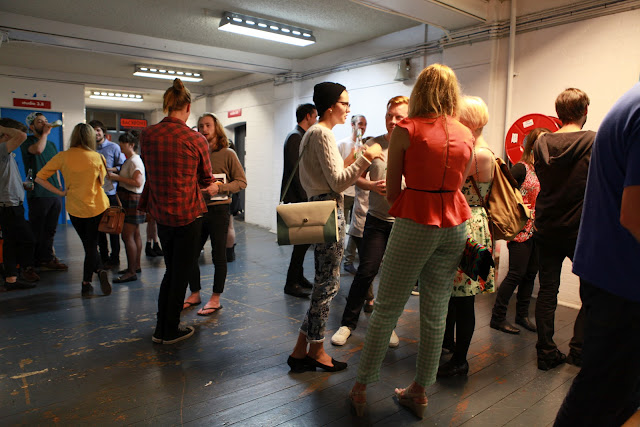 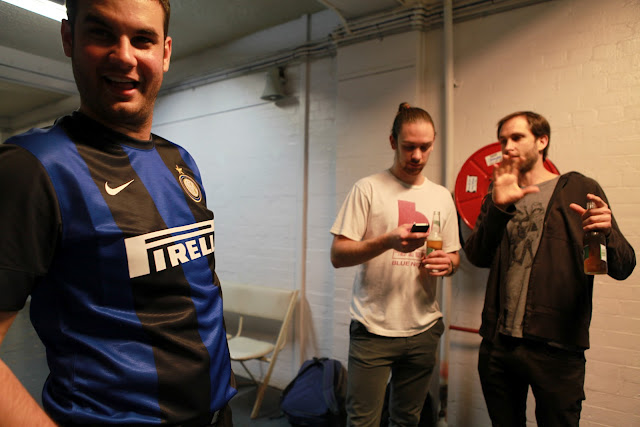 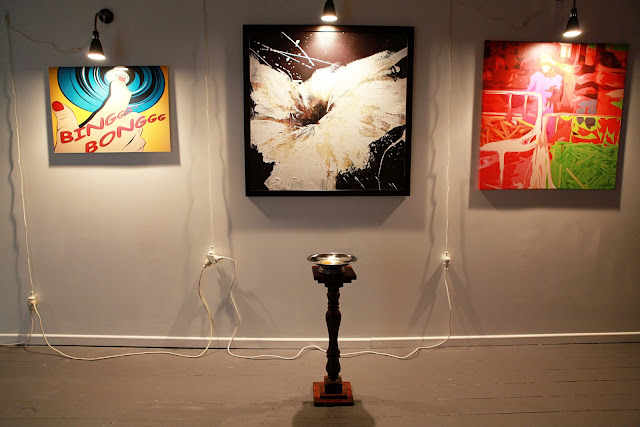 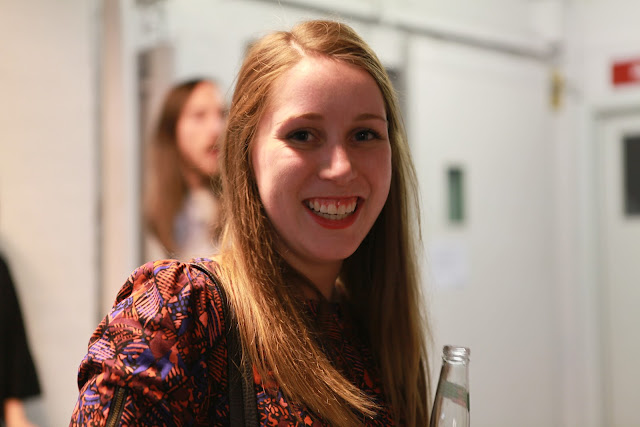 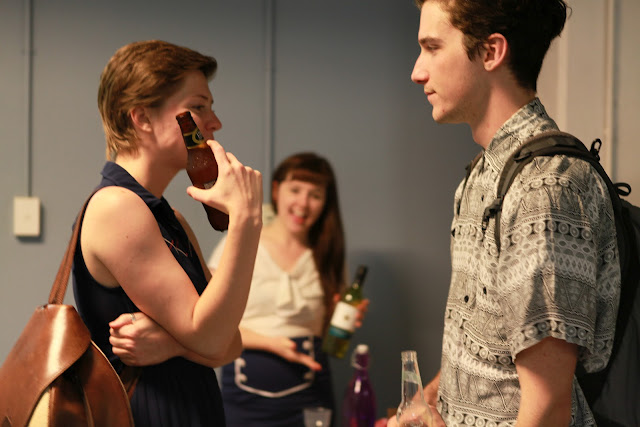 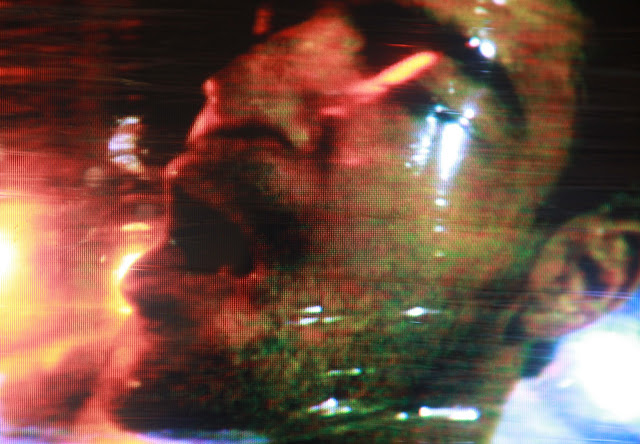 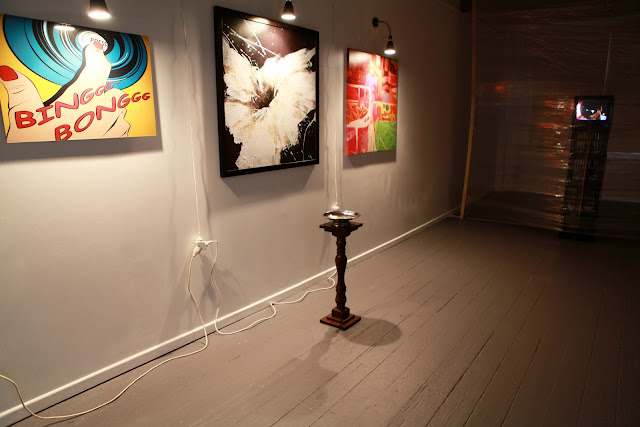 Posted by Current Projects at 17:21 No comments:

Next up in Current Projects’ series of solo exhibitions at Metro Arts this year is Liam O’Brien, a Brisbane-based emerging artist. Liam caught up with Current Projects’ curator for the exhibition, Richard Stride, for an interview to give you a little insight into the show.

RS: For those unfamiliar with your practice, what are the interests that drive it and how do you approach them?

LO: I think this is something I'm still struggling to come to terms with myself. Looking back over the past few years, the majority of my work could be summarised as a critical response to the aspects of capitalism that impede personal freedoms - specifically in relation to the body. However, as much as this was based on my own personal experience, it was also a product of art school, in which I felt pressured into making work that, to a large extent, had social reform as its primary objective. However, since graduating I've been considering the function of art on a personal and social level. Whilst every expression is to a certain extent political, I don't think that art is the most effective medium for seeking political change. In addition to this, given my own cultural perspective, I don't feel like I'm in a position to be telling anybody how to live. So now I'm trying to distance myself from making didactic or semiotically-driven work. I'm responding more to aspects of my daily life, and using particular occurrences as the inception for new works. Obviously concepts and aesthetics are still important, but at this stage I'm focusing more on trying to generate emotive and non-verbal responses for the audience. It’s not an easy transition though.

RS: So do you hope that by shifting the focus from language to the sensory or emotive when creating your work, the viewer’s response will similarly shift?

LO: Yes, that’s my intention. If I have one main criticism of contemporary art (based on my own engagements) it’s that a lot of work is either too conceptually or too aesthetically driven, and does nothing for me emotionally. This reason, along with those I listed above, are why I’m currently focusing on this type of engagement. If you reject language as the basis for understanding a work, it becomes about trying to communicate on a more subconscious level, and towards a more shared experience.

RS: In the roles you play in your performances, do you hope to explore issues that are broadly relevant to the everyday person, or are they a more personal or introspective process?
LO: In the past, my performances were about translating my personal responses to certain issues into a generic ‘everyman’ performing identity onto which people could potentially project themselves. In this way, I was attempting to address issues relating to broader social experience. However, I’m currently unsure of where I stand on the issue. Certainly, I am trying to reach people on the level of shared (emotive) experience, but whether I can position this experience in relation to specific issues (eg. employment or alcoholism) is uncertain. Whilst my work does come from personal responses to the outside world, my daily experience (presumably one of privilege) is potentially much different to many other peoples, so what right do I have to assume this ‘everyman’ role? I’m beginning to think that whilst it’s important for me to be aware of my responses to the outside world and use these as the inception for new works, it may not be as important to communicate what the response is actually in relation to. That way the audience can only respond to the performance on experiential terms.
RS: In some recent performances, you have invited the audience to re-enact your original performances. How does that fit into this process, and what are your motives for it?
LO: Here you’re referring to the participatory work that I presented at the 2012 Brisbane Emerging Art Festival. This work was an extension of my ‘Proposals’ series, which focused on the creative re-appropriation and repurposing of urban space for the individual. For B.E.A.F I wanted to expand the scale of the work from an individual to a more social level in order to see whether that increase would make the work more successful - successful in the sense of inviting people to experience what I had felt in carrying out the initial engagements, and the existence of that feeling as proof of a particular ideology at work. In the end it was a bit hit-and-miss, and only one of the engagements (involving flour) really communicated the intention. At this stage I’m not interested in pursuing this type of participatory practice.

RS: Where do you situate your art in regard to your actual performances and their video and photographic documentation; or are you more inclined to see your practice holistically as art without concern for such distinctions?
LO: Whilst in the past I have presented the same action across multiple mediums, I wouldn’t go as far as saying that my practice is holistic. I think it has more to do with being inexperienced and trying to become a better practitioner. I’d definitely say that the majority of my practice is performative, but whether an action is most effectively expressed as a live performance, video or photograph is often difficult to determine – hence the production of multiple forms. It may be something that diminishes with practice, however I do like being able to chop-and-change. I guess you need to consider commodification as well, and whether you ever want your practice to be profitable.
RS: Where do you see your exhibition at Current Projects heading?
LO: The exhibition at Current Projects will be my first proper solo-show, and to a certain extent I’m feeling the pressure of that – of everything being on me and not wanting to disappoint. I want to use the opportunity to push my practice into areas that I’m not entirely comfortable with, and at this stage am planning on presenting a couple of more installation-based ideas. Overall, it definitely feels like a departure from my previous work. Whether it’ll pay off - I don’t know. I’m interested to see how people react.
RS: Is there anything you would like the audience to bring to the experience of viewing your work at this exhibition?
LO: No, not really. If people come that'll be good enough. If they take something away from it, that'll be better.

Posted by Current Projects at 03:34 No comments:

Current Projects
Current Projects is an art collective based in Brisbane, Australia. We encourage critical dialogue around contemporary art and curatorial practice by providing a platform for active, meaningful engagement between artists, curators, writers and audiences.